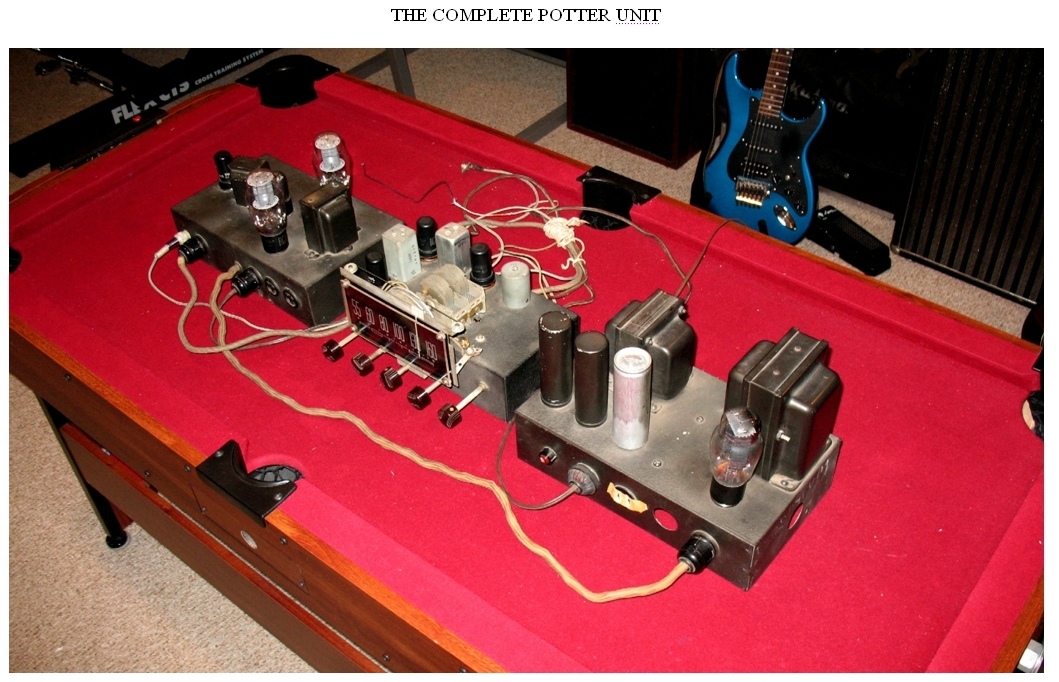 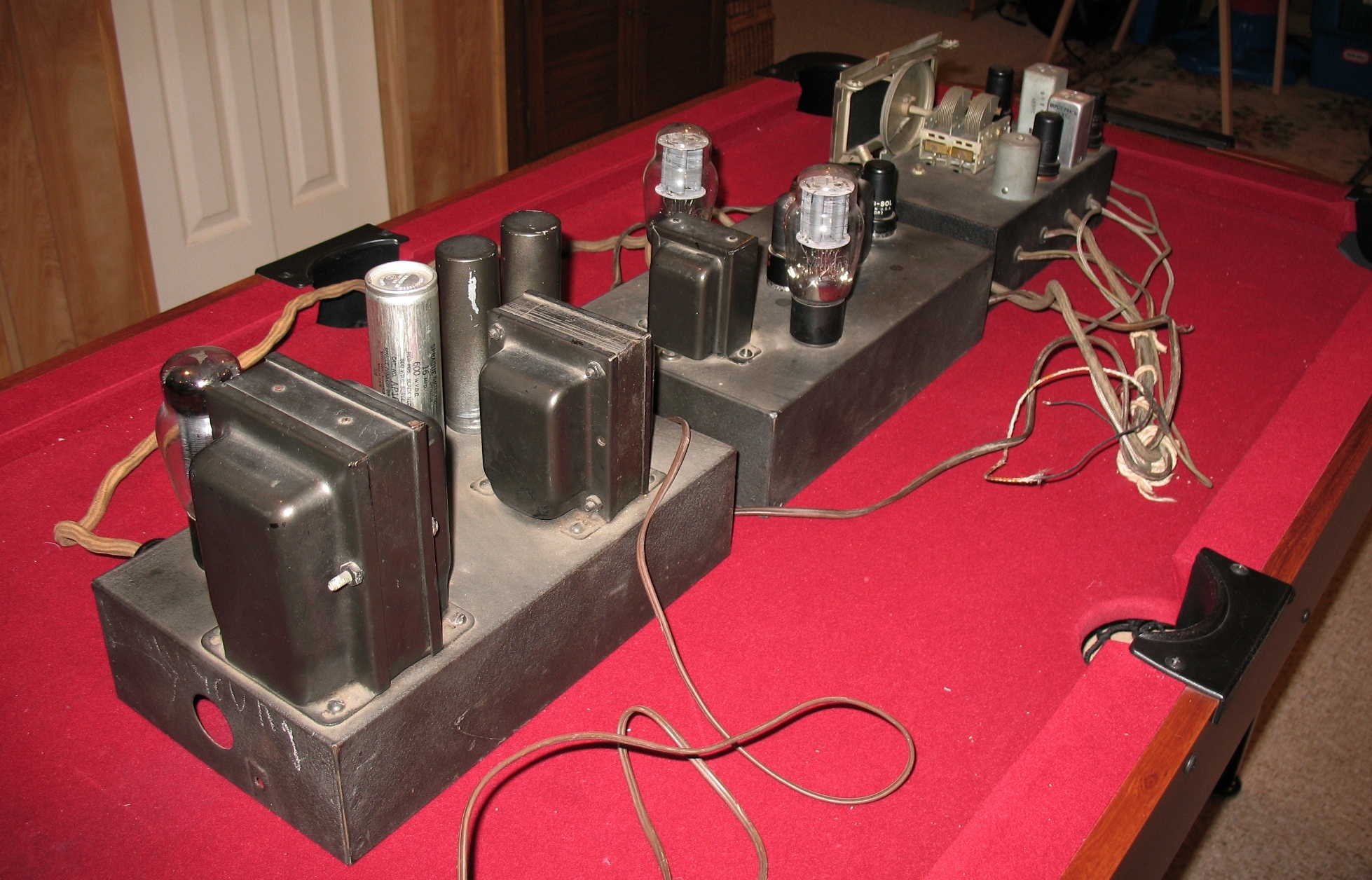 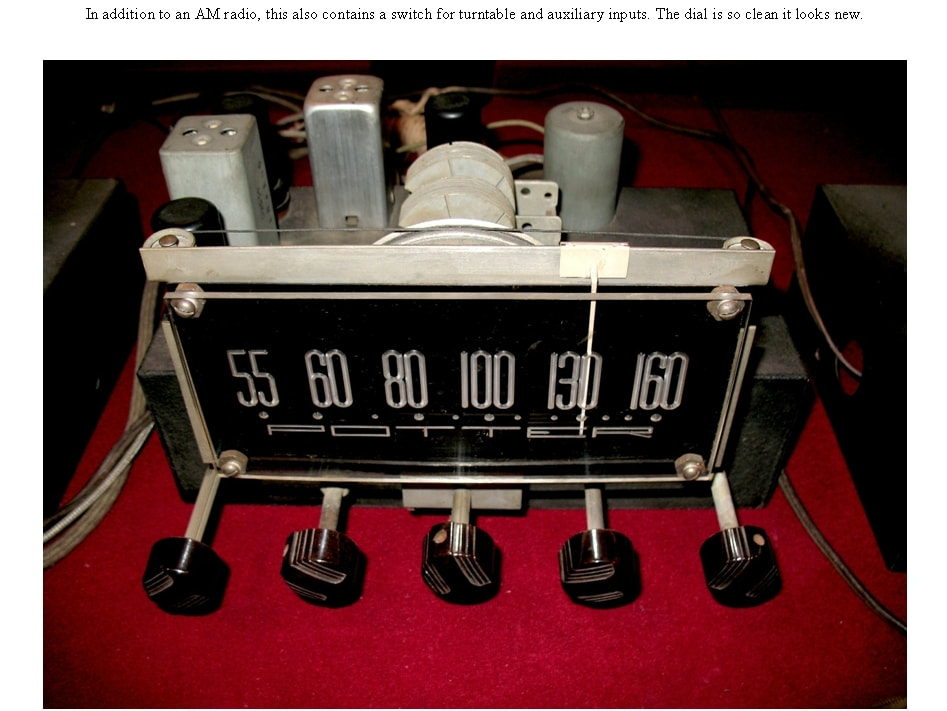 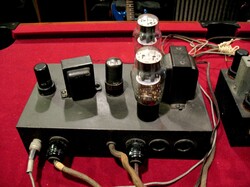 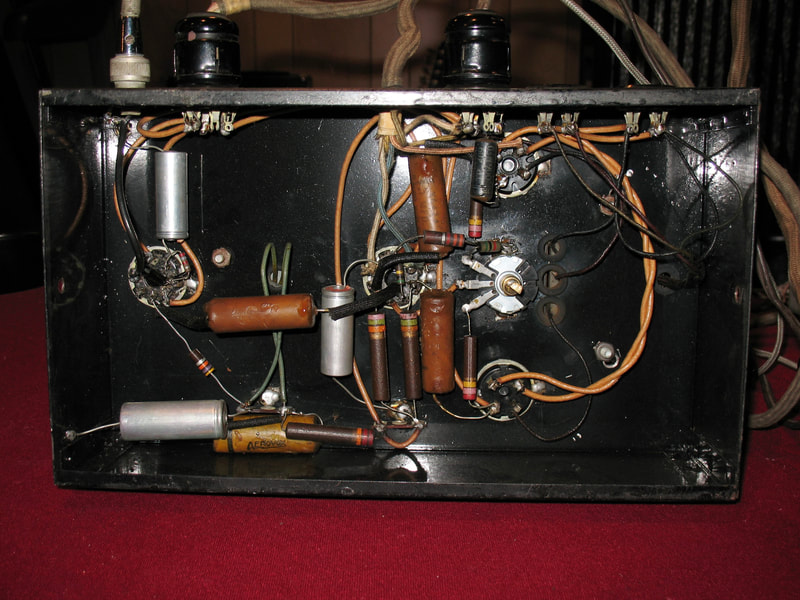 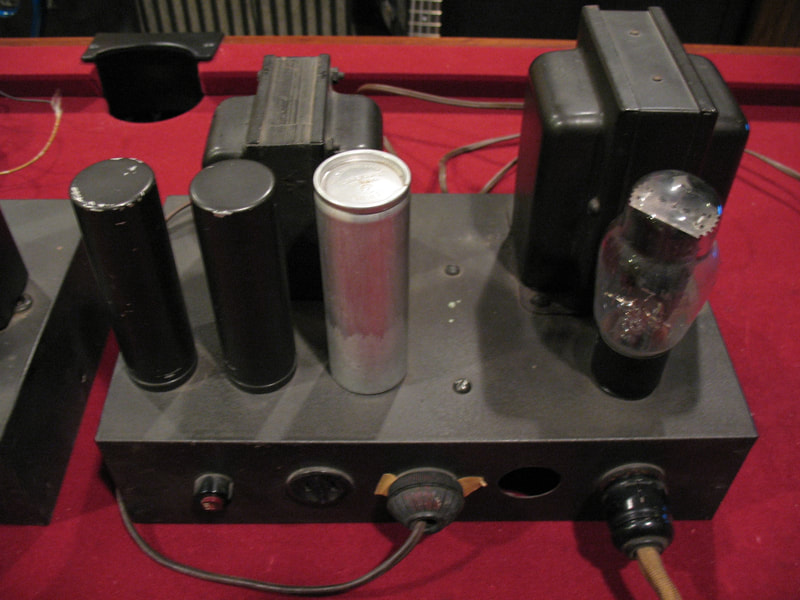 This mammoth three-section AM Radio/Phonograph unit was one of my playthings as a child. I had an electronics lab in my parents’ attic, which was actually a dormer-walled, 4 room maid’s quarters, a common feature in large old Victorian homes in America’s steel towns. I repaired neighbors’ TVs and radios up there, and by age 12, I had built four or five EICO kits, including a model 249 VTVM, a 324 signal generator, and a 460 DC wideband oscilloscope. So I guess my dad was comfortable with the fact that I was playing around with “toys” that had enough voltage to send me to the Promised Land.

This was the “guts” of a large, custom-built corner entertainment unit in my parents’ TV room that consisted of a Garrard turntable (nickel-on-the-tonearm era), tons of phonograph storage, and a B&W TV set, all built in. When RCA came out with a round tube, remote control, 21-inch color TV around 1960 or 61, my dad bought one and he gave this beast to me. He used the wood from the entertainment center for his woodworking projects. He took the original bezel from this, and the wood to make a nice (and large) box for this, but I loved to watch the bluish beams dance with the music in the 2A3 output triodes, so I never used the box. As a result, the bezel is lost forever.

After stereo came out, I retired this to a large crate, where it stayed in my mother’s attic until four or five months ago. It was the best possible place to keep it, as there is almost no rust anywhere on this radio. Speaking of radios, this thing hauled in stations from everywhere with just a short piece of wire. I can still sing the jingle for “77, WABC,” a cool radio station in New York.

This is the heart of the system. It generates around 375VDC, 130 VDC, and 2, 5 & 6.3 VAC for the filaments. The transformer and choke make it weigh a ton. It’s pretty rudimentary, with a single 5Z3 and a 3-stage filter-choke-filter arrangement, but it works well. 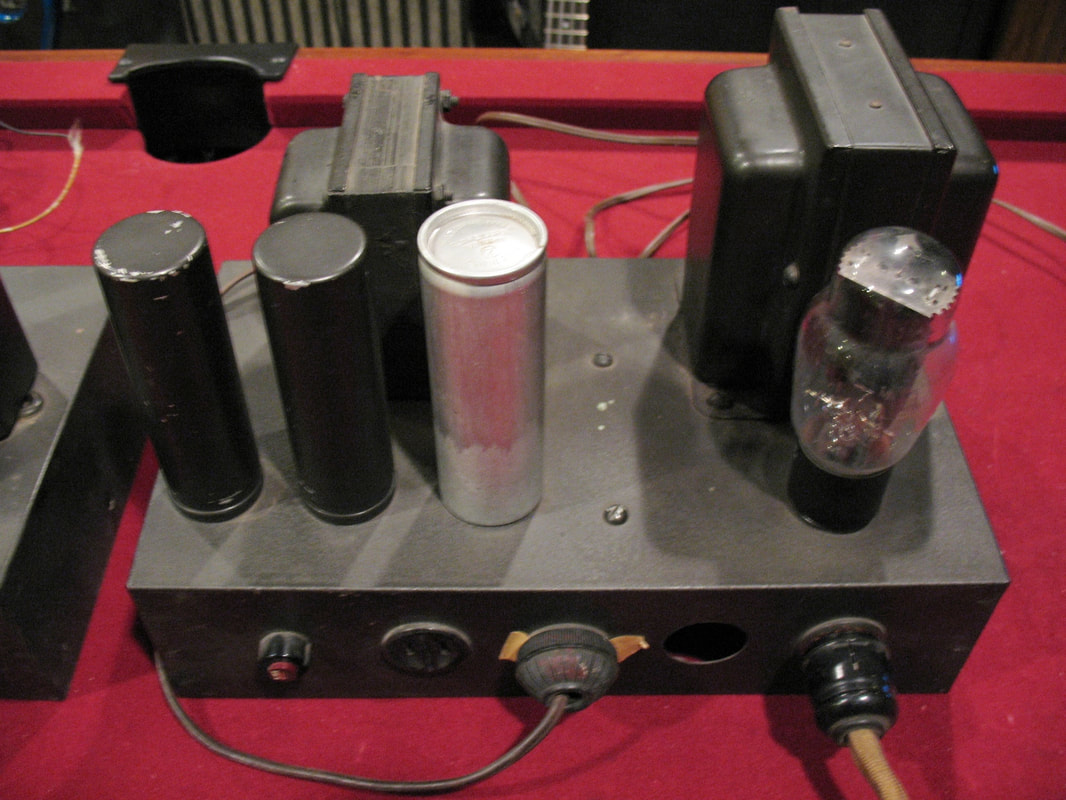 When an original bias resistor went “poof,” it took the end of the terminal strip with it, so I just soldered the wires together at the end of the resistor. It’s been that way for almost 60 years. I may replace the terminal strip, but new ones are flimsy compared to the old ones. The three “can” electrolytics test 26, 27, and 30 MFD respectively, with over 5 megohms resistance each 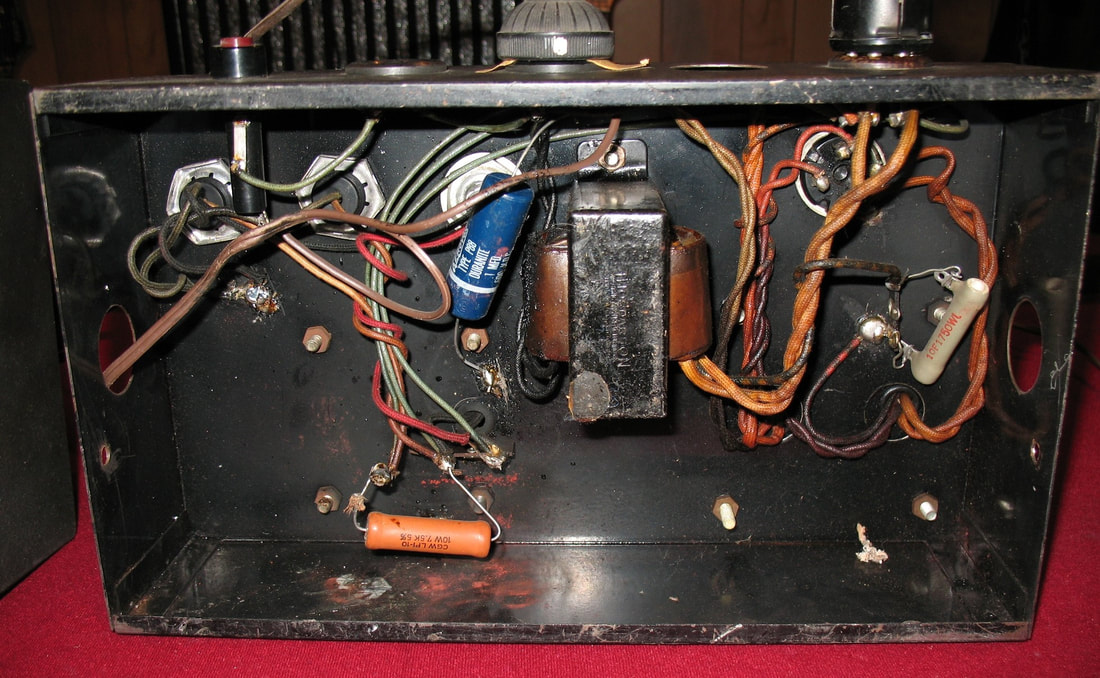 THE 2A3 PUSH-PULL AUDIO AMPLIFIER SECTION

The Tung-Sol 6C5 was new when I retired the amp, and it tests 122/80 on my EICO 667 tube tester. The two 4-pin plug jacks on the right side, which are wired in parallel, are for the original banks of speakers. I ran an Altec-Lansing 604B “Hollywood” speaker and a bank of four 8’s with this, and sometimes a 16-inch electromagnetic VC speaker. You may notice that the output from the tuner is fed into this amp unit via a microphone connector. So you could use just the 2A3 amp and power supply with your own pre-amp, as long as it has volume and tone controls. All you need is a Radio Shack adapter to convert the microphone connector to whatever your pre-amp uses. The center contact on the input jack is spring-loaded, and after 70 years, it still works perfectly. 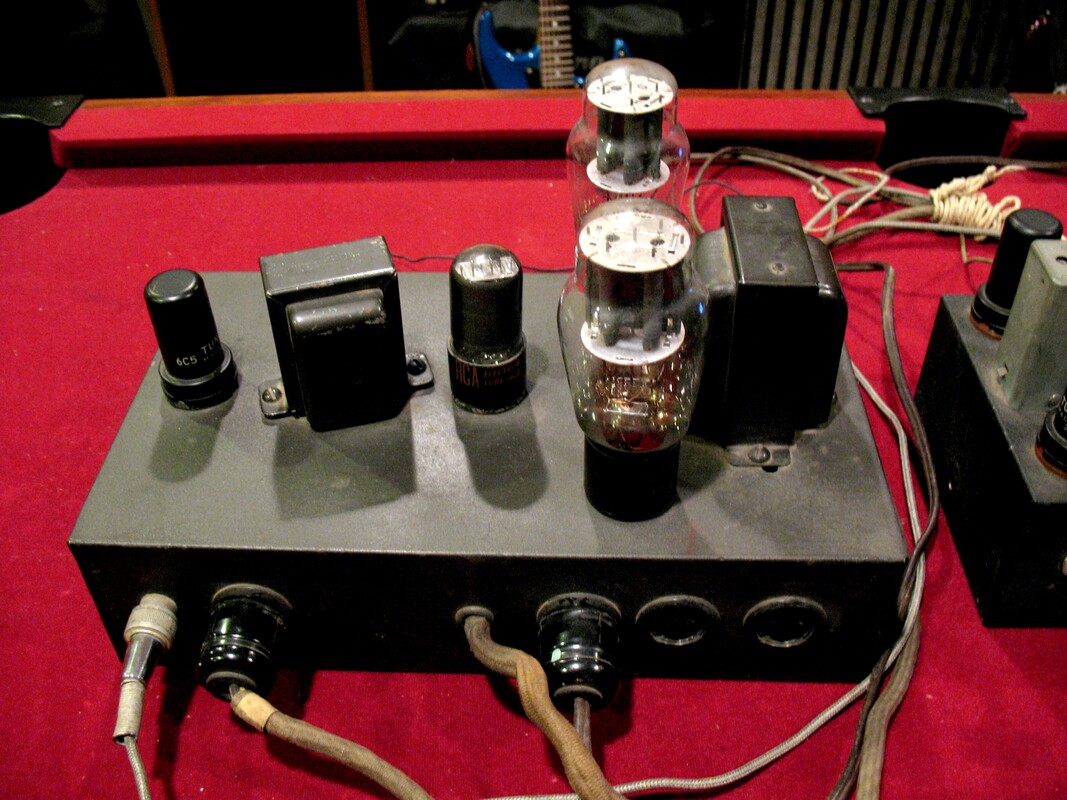 The 2A3 Amplifier Section - Bottom View

Note the two parallel-wired (orange wire) speaker plug jacks in the upper-right corner of the chassis. If you let your eyes follow the yellow wires, it looks like they come right off the plates of the 2A3’s but that’s an illusion. An output transformer is in between. The transformers are Thordarson, throughout the entire unit. 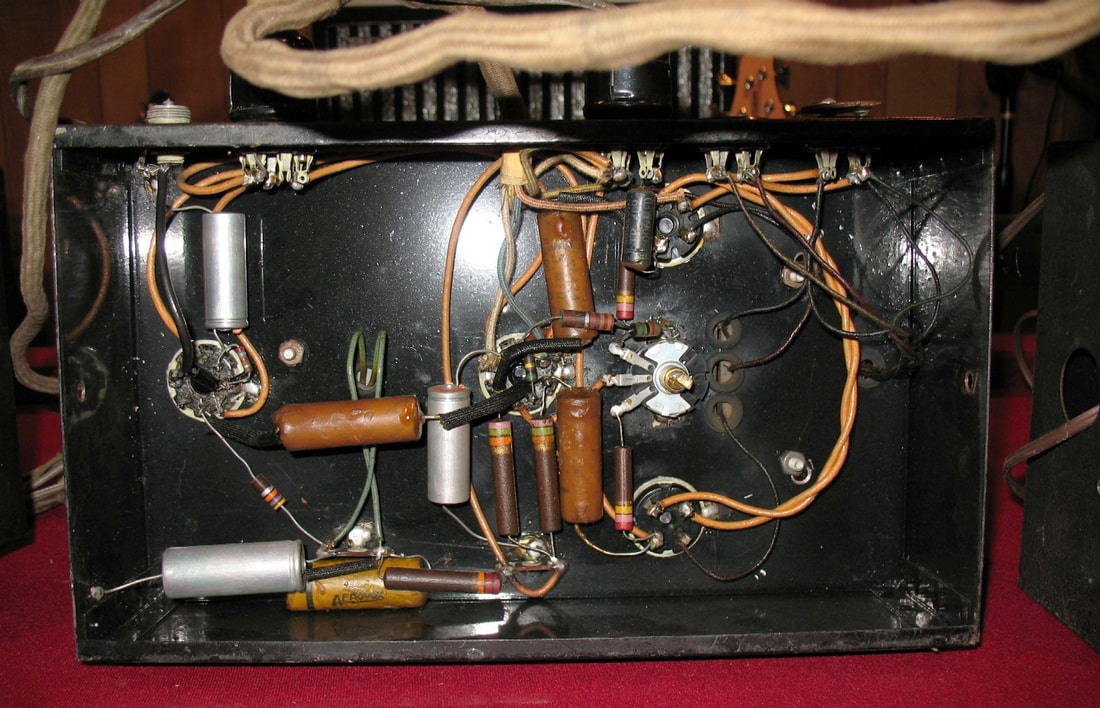 BELOW: This is what you get when you store electronic equipment in a dry environment. Note the super clean 2A3 pins and socket contacts. The “oil” spot on the transformer is DeOxit Gold 5%. 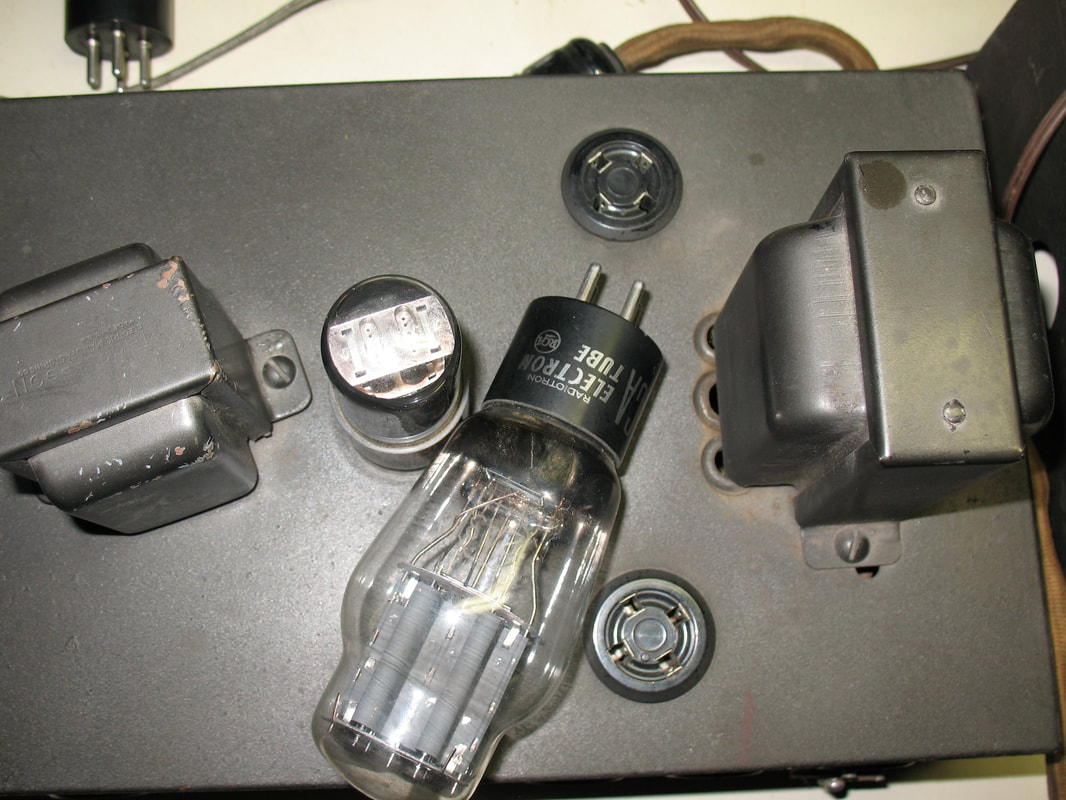 In addition to an AM radio, this also contains a switch for turntable and auxiliary inputs. The dial is so clean it looks new 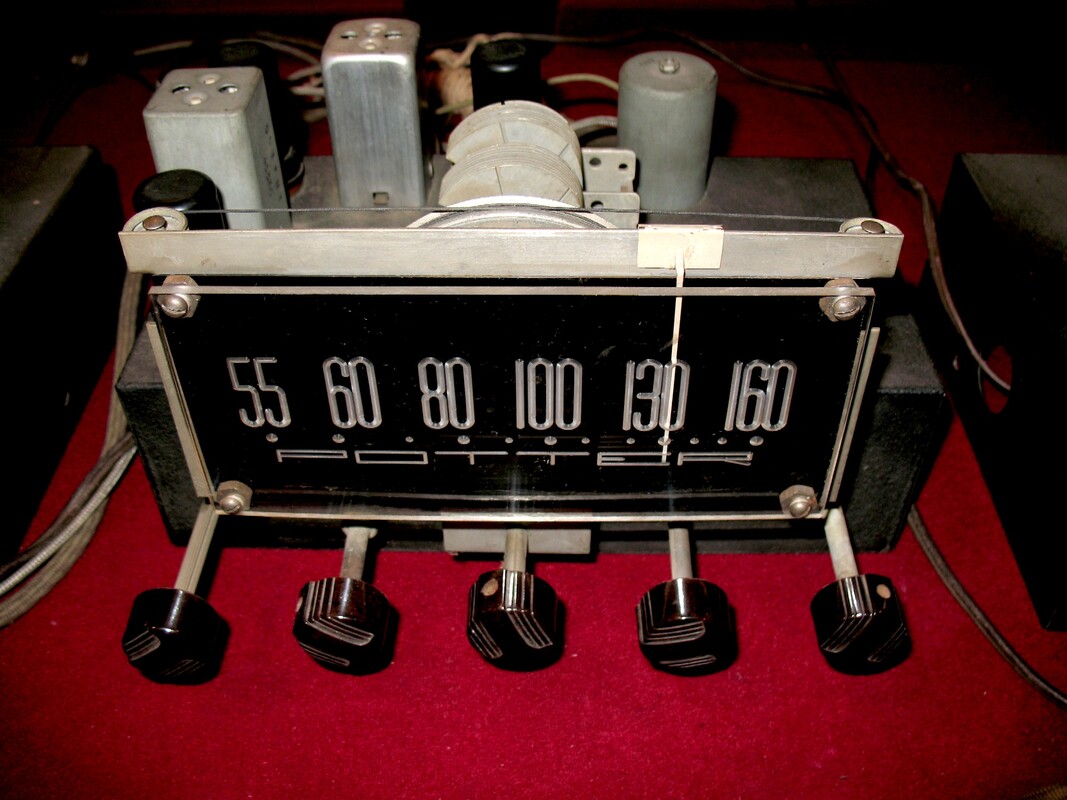 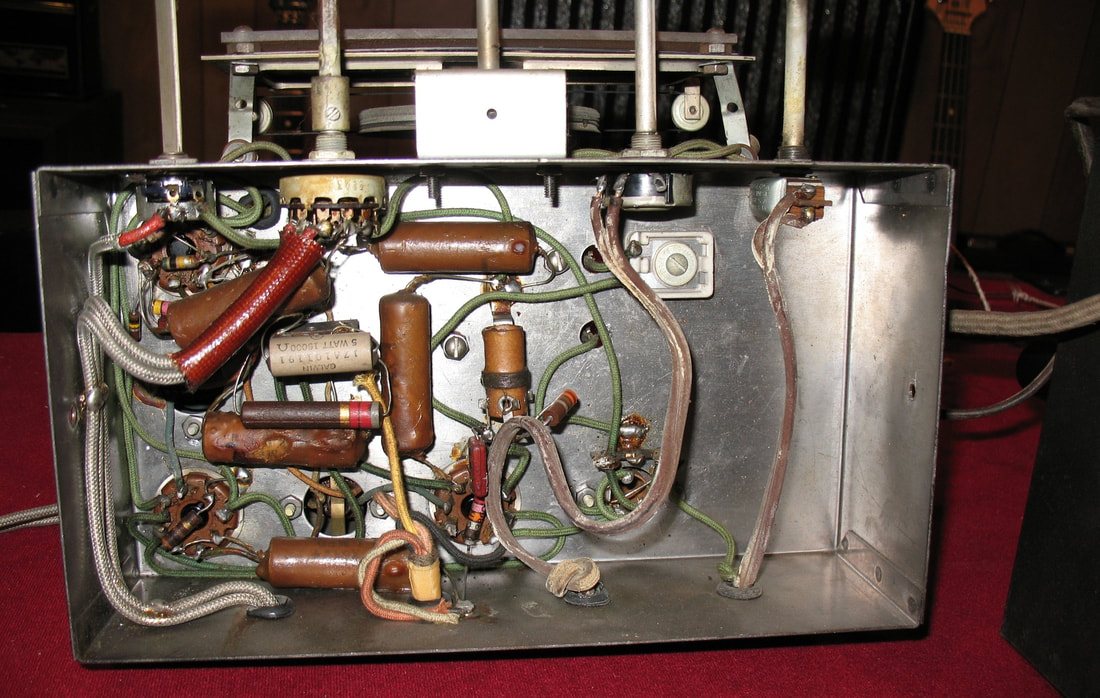